The party after was fabulous!

(All photos by Erica and Mike Kotajarvi. Mike did the swim and the bike, but Achilles tendon issues kept him form the run).
Read More 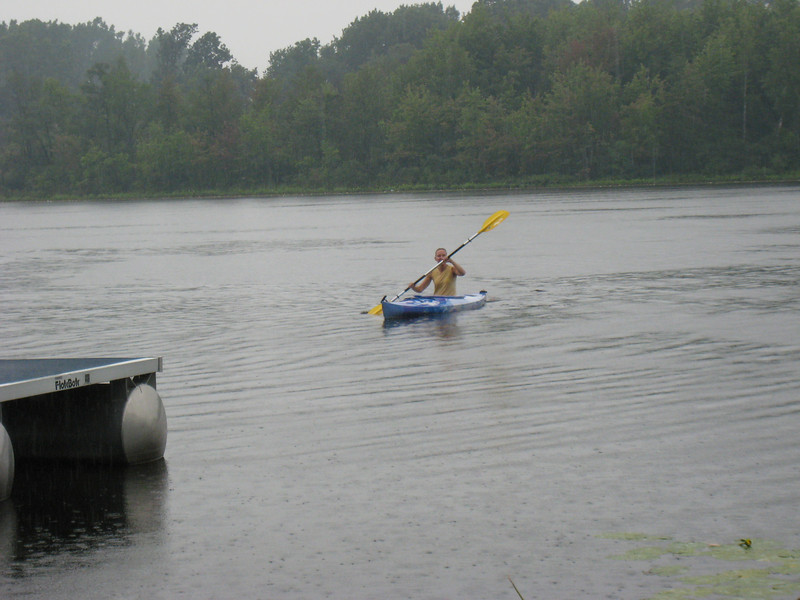 Michelle was just as wet as the swimmers thanks to all the rain. We're pretty sure she had to bale out her kayak at least once.